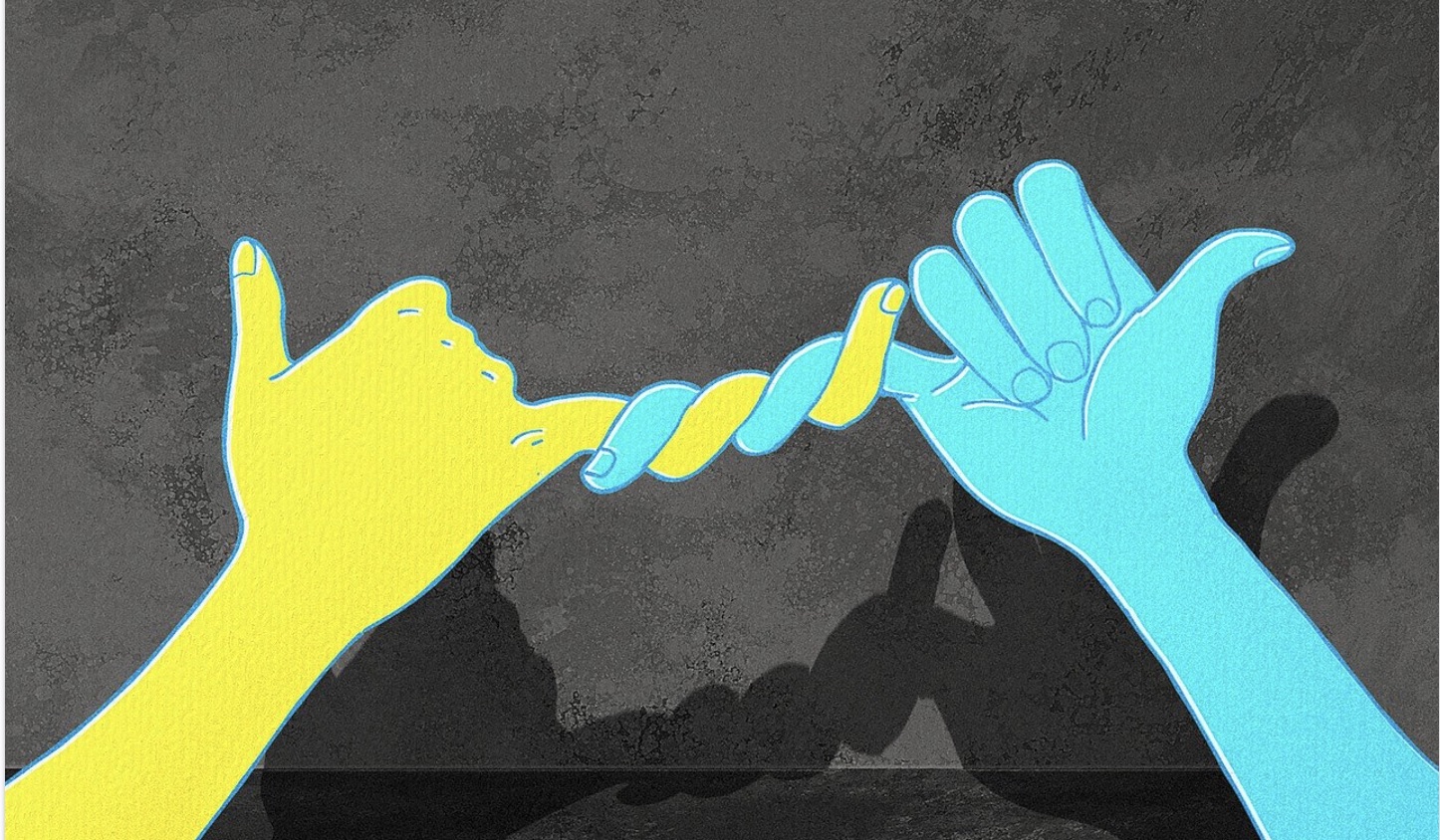 The time of remote holidays and xmas celebrations carry a human message: most of what is important to us, like our best friends and love ones, is difficult if not impossible to fully express in words, imagery, however exact, humorous, warm, explicit and lovely they might be. Zooms and Teams don’t reach it.

We look forward in life, feel the presence and know the distant whereabouts of each other, now better than before – without living in the same physical space with each other. Today we care. We don’t meet or get together but we are learning how we deal with the remote presence of love and care. The sense of presence of each other is an amazing human skill, almost a relative to the infamous telepathy or the mystic entanglement of particles far away from each other, an increasingly exciting topic for theoretical physicists. Miniscule physical  states can be shared. Who knows, one xmas we will have presents including entanglement technology that allows us to share moments of life exactly when they occur, but that feeling is already here.

I came to think about this when being in touch with a long-time colleague (human/tech) and a friend, living far away from Finland. We communicate every now and then but sometimes don’t hear of each other in months. During the twenty years or so, one thing has repeatedly amazed us both: without talking, writing or communicating in any way of our personal plans, intentions, and ideas, when we then again communicate – after months or a year – we have been aiming at very similar directions, original ideas and concepts, typically very forward-looking thoughts and innovations, unusual to say the least and with our own ‘spices’. Now that we know the shared history, it’s clear that many of the ideas have not been funny confabulation but have become real and practical in some form, although the practical phase has always taken some years. Often there have been other colleagues involved with these initiatives.

How is it that – without direct communication – with some people we see the novel and unusual opportunities of the world in a similar, although not identical manner? This happens even when we have very different ‘cultural eyes’, but have something similar happening in our minds, senses and imagination.

When I develop a new idea or a concept, I don’t immediately write, draw, or explain it to anyone, it’s just imagination before it feels that I have some kind of a mature structure of it on my mind. However, in the real world, when I have told the story, tried to get r&d funding for example, or make people excited about it or otherwise activated, I’ve noticed that I’m not understood at all and of course I then feel stupid and start (especially when I was younger) doubting the idea myself. My internal language has worked for me.

With this distant colleague-friend the situation is the opposite: we don’t communicate on what we are planning, doing or imagining, but when we do, we can share the ideas in a second, because both of us have mentally and often practically worked with similar problems already for some time. A psychologist could call this phenomenon a mutual priming. Something has been cooking in two remote minds like in the entanglement, but with some degrees of personal freedom and style.

For anyone, it is a blessing – I don’t find a better word now – to have such people around, with whom ‘the preparatory work for future understanding’ has already been done before communication and when meeting, talking and telling the story, all the background is already there and words and images can be better used, to focus on the core of the thoughts and ideas. There is no need to thoroughly explain what and why. The value of words increases exponentially.

I know, of course, that I’m not alone with this, some of my friends have told me about similar experiences, but the psychology of these phenomena is unclear for the simple reason that we humans have complex histories, education and experiences and the world around us is no less complex. In the middle of this, to end up in similar thought patterns, objects of interest, ideas and innovations, is a compelling and creative journey of the mind.

On the other hand, knowing the complexities of the problems the world faces, this can be comforting: we can become ready for and share understanding even in the case of most complex and difficult problems ahead. In doing so, we can improve the quality of communication and collaboration when the surface expressions don’t crowd our communication. The snag is, we don’t have to think in the same way or even come from a similar school of thoughts. My brutal guess it that such a pressure kills the entanglement.

The question for the next xmas story is how to best support such a human development where we can see creative opportunities with similar eyes, but without losing our personal and different ways of understanding the world and imagining its future?